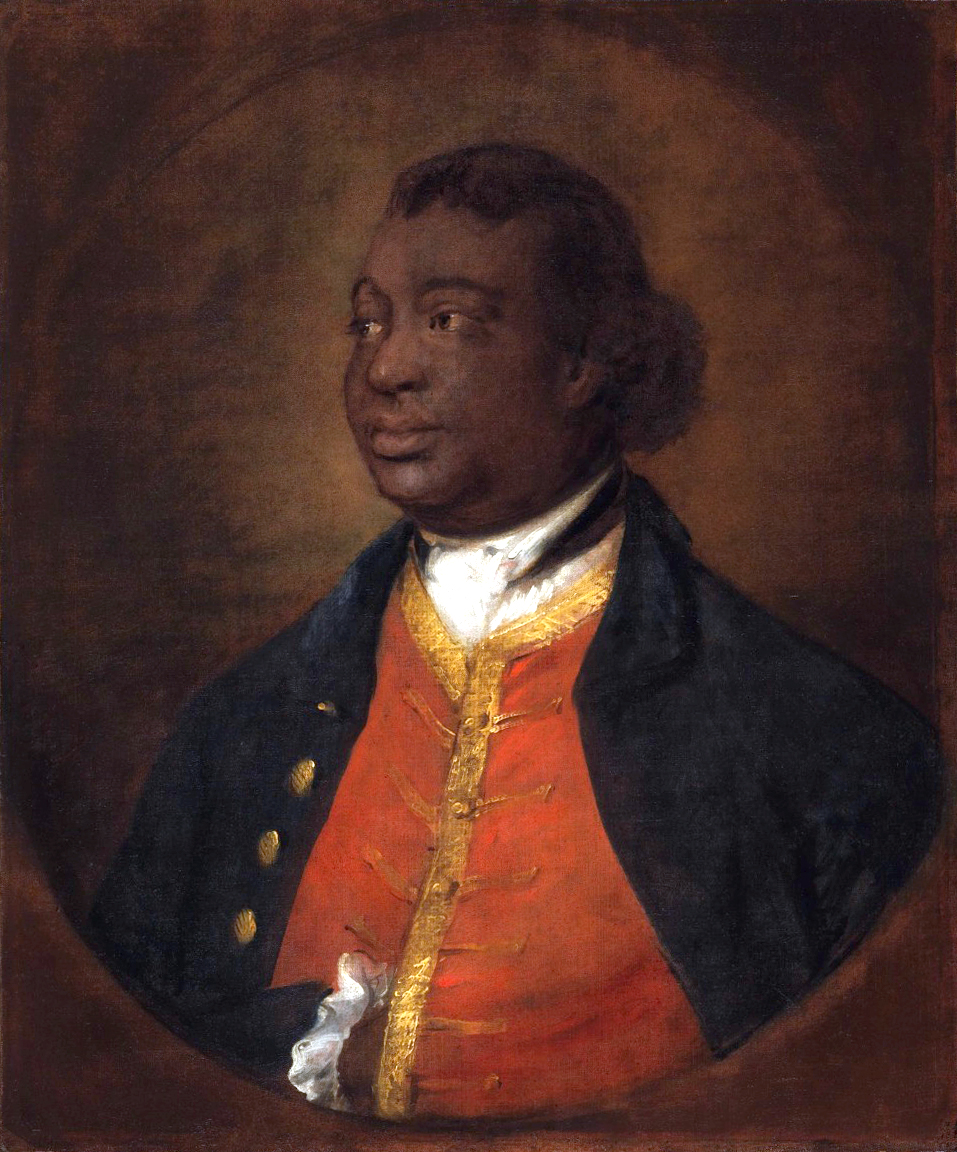 (Charles) Ignatius Sancho (1729?–1780), author, was born on the middle passage, on a slave ship crossing the Atlantic Ocean en route to the West Indies. His mother died shortly after, in the Spanish colony of New Granada. There, the bishop baptized him and named him Ignatius. Not long after, his father committed suicide. Barely two years old, Ignatius was taken by his owner to England where he was given to three maiden sisters in Greenwich. Imagining that the pudgy boy resembled the fictional Sancho, squire of Don Quixote, they gave him the surname of Sancho. Sancho was fortunate to meet by accident John, second duke of Montagu, living in nearby Blackheath. Montagu was so impressed by Sancho's intelligence that he frequently brought him home, gave him books, and encouraged him to read. After Montagu's death in 1749, Sancho fled Greenwich and sought protection from the duke's widow who at first rejected his appeal. However, she relented and hired him as her butler. When the duchess died in 1751 she left him an annuity of £30 and one year's salary, which he squandered, according to Sancho's first biographer Joseph Jekyll, on women and gambling. He was retained a few months by the Chaplain at Montagu house. On 17 December 1758, Sancho married Ann(e) Osborne (1733–1817), described by Jekyll as "a very deserving young woman of West-Indian origin," in St. Margaret's Church, Westminster. The late duke's son-in-law George, duke of Montagu, hired Sancho as his valet in 1766.