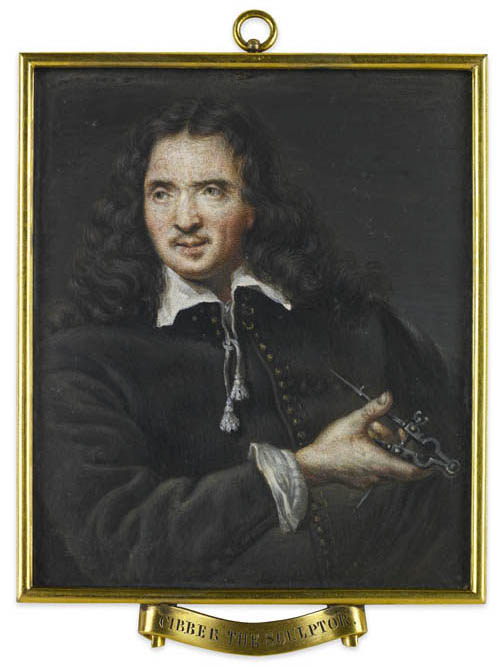 Caius Gabriel Cibber (1630–1700), sculptor, was son of a cabinet-maker to Frederick III, the Danish king. He arrived in England around 1655, and became journeyman and then foreman to John Stone, John Stone, son of the late master mason to Charles I. When Stone suffered a seizure in 1660, Cibber ran his workshop in Long Acre. He became sculptor to Charles II on 20 June 1667. With his wife Jane Colley (c.1646–1697) of Glaston in Rutland, Cibber had three children: poet laureate and playwright Colley Cibber (1671–1757), Veronica, and Lewis. Among other works, Cibber is known for his figures of Melancholy Madness and Raving Madness (1680) which adorned the gateway in front of Bethlehem Hospital.