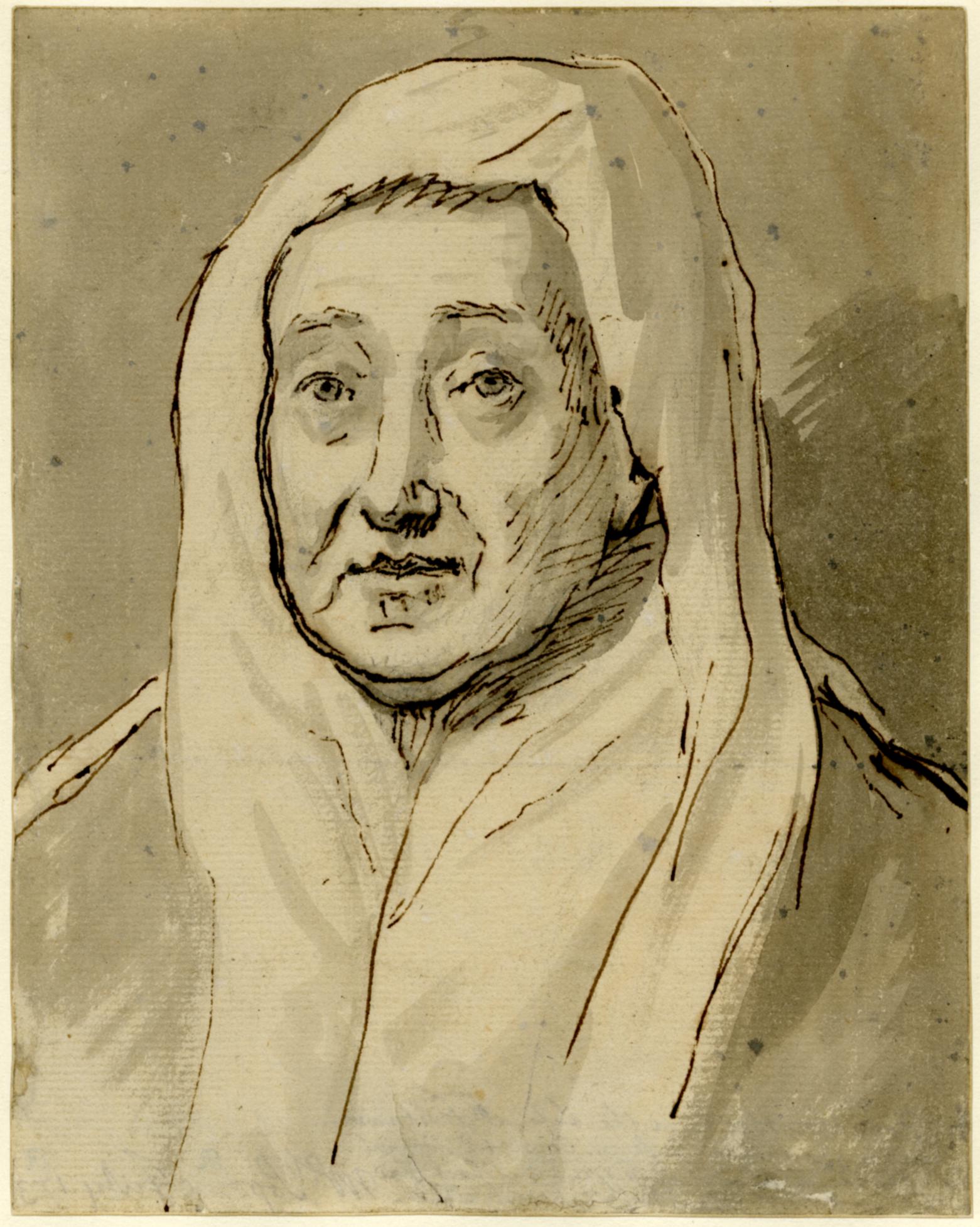 Edith (Turner) Pope, mother of poet Alexander Pope and second wife to London linen merchant Alexander Pope, senior, was one of at least sixteen children of Thomasine (Newton) Turner and William Turner. The Turners, counting both Catholics and protestants among their number, were a prominent trading family of York, Freemen of the City, office holders, and Lords of the Manor of Towthorpe. Shortly before Edith was born, the family moved to Barnsley, 50 miles south of York.

Both of Edith's parents were dead by the time she married Alexander Pope senior. Widowed in 1679, he had one surviving child, daughter Magdalen, from his first marriage. The date of the Popes' marriage is not known, but it likely would have been after June 1684, when her maiden name was used in a will in which she was named as a beneficiary.

The couple was living in Plough Court when Edith gave birth to her only child, Alexander, on 21 May 1688. In 1692, in response to restrictions on Catholics owning property and living in London, the family moved to the village of Hammersmith, and then around 1700 to Binfield in Windsor Forest. In March 1716 the family moved again, to Chiswick in anticipation of "An Act for appointing Commissioners to inquire of the estates of certain traitors, and of Popish recusants, and of estates given to superstitious uses, in order to raise money out of them severally for the use of the public."

Alexander Pope senior predeceased his wife in 1717 and in March 1719 Pope junior moved the family to Twickenham. He later wrote to family friend Ann Newsham (née Craggs) 13 October 1724 of the friendhsip he shared with Edith:

my mother was very ill. She is now so much better, that I begin to look with more cheerfulness on the coming part of my life .... The world of late has been so bad, that it has seemed unwilling to attribute much merit to those who love us naturally, as kindred (and above all, parents) do: The true reason of which I fear is, that we are too ready to depreciate the kindnesses we receive, to excuse our own careless, if not ungrateful, returns to them. But though our relations be obliged to be kind to us, are we therefore not obliged to be grateful to them? For my part I am so unfashionable as to think my Mother the best friend I have, for she is certainly the most partial one. Therefore as she thinks the best of me, she must be the kindest to me. And I am morally certain she does that without any difficulty, or art, which it would cost the devil and all of pains for any body else to do.

By all accounts, Edith was a devout, caring, and admirable person. As Swift wrote to Pope in August of 1726, with his characteristic complexity of response to female character:

I thank Mrs. Pope for her prayers, but I know the mystery. A person of my acquaintance who used to correspond with the last great Duke of Tuscany, shewing one of the Duke's letters to a friend, and professing great sense of his Highnesses friendship, read this passage out of the letters, I would give one of my fingers to procure your real good. The person to whom this was read, and who knew the Duke well, said, the meaning of real good was only that the other might turn a good Catholick: pray ask Mrs. Pope whether this story is applicable to her and me? I pray God bless her, for I am sure she is a good christian, and (which is almost as rare) a good Woman.

On 23 March 1728 Pope wrote to Swift of his his duty to his mother in terms of gratitdude for her influence upon and care for him:

I find my other Tyes dropping from me; some worn off, some torn off, others relaxing daily: My greatest, both by duty, gratitude, and humanity, Time is shaking every moment, and it now hangs but by a thread! I am many years the older, for living so much with one so old; much the more helpless, for having been so long help'd and tended by her; much the more considerate and tender, for a daily commerce with one who requir'd me justly to be both to her; and consequently the more melancholy and thoughtful; and the less fit for others, who want only in a companion or a friend, to be amused or entertained.

He was, it appears, solicitous to a fault in his care of her. "Mrs. Pope," wrote Magdalen Rackett to Jonathan Richardson in 1742,

complain'd that most children plagu'd their Parents with Neglect; that He did so as much the other way, perpetually teasing her with his Overfondness & Care, & pressing her to Eat this & that; & Drink another Glass of Wine; and so assiduous as never to let her be at Liberty, & chuse for her self. Gave her great Uneasiness this way.

Pope was perhaps unaware that his attentions were occasionally overbearing. In a letter to Aaron Hill, 3 September 1731, he had written of his watchfulness over Edith as that of a parent over a child:

I have been, and yet am, totally confin'd by my Mother's Relapse, if that can be call'd so, which is rather a constant and regular Decay. She is now on her last Bed, in all Probability, from whence she has not risen in some Weeks, yet in no direct Pain, but a perpetual Languor. I suffer for her, for myself, and for you, in the Reflection of what you have felt at the Side of a sick Bed which I now feel, and of what I probably soon shall suffer which you now suffer, in the Loss of one's best Friend. ... I make a sort of Amusement of this melancholy Situation itself, and try to derive a Comfort in imagining I give some to her. I am seldom prompted to Poetry in these Circumstances; yet I'll send you a few Lines I sent t'other Day from her Bed-side to a particular Friend. Indeed I want Spirits and Matter, to send you any thing else, or on any other Subject. These too are spirit-less, and incorrect.

While ev'ry Joy, successful Youth! is thine,
Be no unpleasing Melancholy mine.
Me long, ah long! may these soft Cares engage;
To rock the Cradle of reposing Age,
With lenient Arts prolong a Parent's Breath,
Make Languor smile, and smooth the Bed of Death.
Me, when the Cares my better Years have shown
Another's Age, shall hasten on my own;
Shall some kind Hand, like B***'s [Bolingbroke's] or thine,
Lead gently down, and favour the Decline?
In Wants, in Sickness, shall a Friend be nigh,
Explore my Thought, and watch my asking Eye?
Whether that Blessing be deny'd, or giv'n,
Thus far, is right; the rest belongs to Heav'n.

The lines would appear in edited form in To Arbuthnot (composed in 1734), one of two poems in which Edith is mentioned by her son.

Edith Pope died at Twickenham on 7 June 1733. That day Pope wrote to William Fortescue: "It is indeed a Grief to mee which I cannot express, and which I should hate my own Heart if it did not feel, & yet wish no Friend I have ever should feel." On the 10th of June he wrote to Jonathan Richardson:

my poor Mother is dead. I thank God, her death was as easy, as her life was innocent; and as it cost her not a groan, or even a sigh, there is yet upon her countenance such an expression of Tranquillity, nay almost of pleasure, that far from horrid, it is even amiable to behold it. It wou'd afford the finest Image of a Saint expir'd, that ever Painting drew; and it wou'd be the greatest obligation which even That obliging Art could ever bestow on a friend, if you cou'd come and sketch it for me. I am sure, if there be no very prevalent obstacle, you will leave any common business to do this: and I hope to see you this evening as late as you will, or to morrow morning as early, before this Winter-flower is faded. I will defer her interment till to morrow night.

The obituary notice in the Grub Street Journal (14 June 1733), probably by Alexander, reads:

Last week died at Twickenham in Middlesex, in the ninety third year of her age, Mrs. Editha Pope, mother of Alexander Pope Esq; She was last surviving of the Children of William Turnor Esq; of York, who by Thomasine Newton his wife had fourteen daughters, and three sons, two of which died in the king’s service in the civil wars, and the eldest retired into Spain, where he died a general officer. She lived with her son (her only child) from the time of his birth to her death; and was carried to the grave by six poor men, to whom were given suits of a dark grey cloth, and followed by six poor women in the same sort of mourning. She was interred near the monument of her husband, on which is the following inscription: