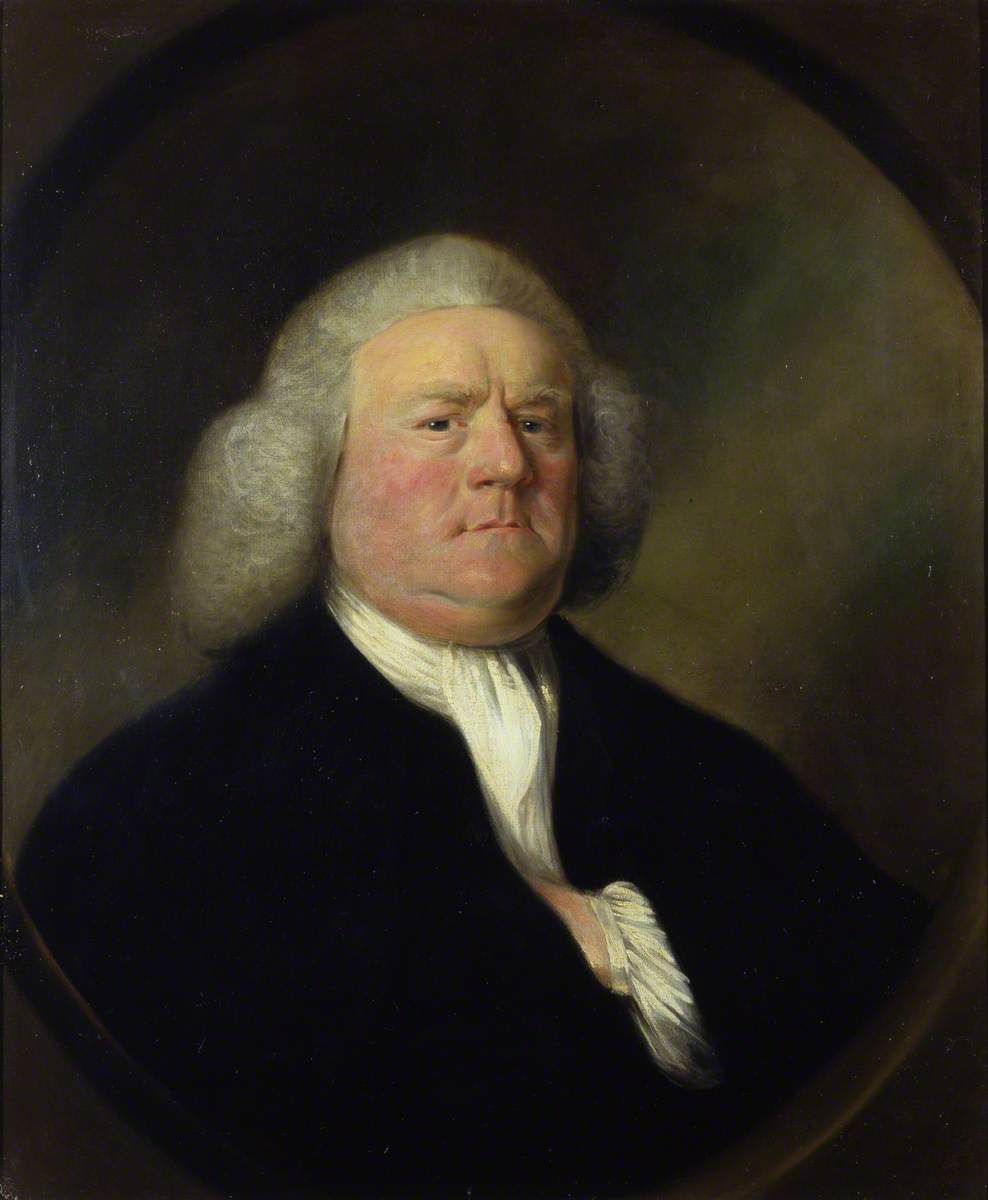 He showed early musical promise and was admitted to the music school attached to the cathedral around 1719. Boyce’s voice was of sufficient quality to permit entrance into the cathedral choir where he fell under the influence of the organist Maurice Greene (1696–1755). After Boyce’s voice changed, he became Greene’s articled pupil for the next seven years. During the 1730s, Boyce also studied in London with Johann Christoph Pepusch (1667–1752) who encouraged his interest in music theory and the music of the Renaissance composers.

Boyce and Thomas Arne (1710–78) were near contemporaries in age, and both were born in London. It is inevitable that history has compared their careers and compositions, especially since the time of their respective births was also the period when George Friderick Handel made his first visit to London. As Charles Cudworth has observed:

Thomas Augustine Arne and William Boyce, if not exactly kindred spirits, were at least closely linked in the physical circumstances of their lives. Both were Londoners, and both belonged to what the late Gerald Finzi used to the call ‘The Generation of 1710’. That year was a momentous one for English music, for it was then that Handel first arrived in England, and from then on, for the next half-century at least, whatever was done, musically speaking, in Britain must perforce be measured against the might of Handel’s genius. No English musician could escape his influence, although some, like Arne, might rebel, and others, like Boyce, acquiesce and yet retain their own individuality.—“Boyce and Arne: ‘The Generation of 1710’,” Music and Letters 41, no. 2 (1960)

The career paths of Arne and Boyce were as different as their personalities. As Roger Fiske has observed, “Unlike Arne, Boyce was a popular man, and almost alone among English composers of his generation he showed no jealousy of Handel”―(English Theatre Music in the Eighteenth Century, 1986). Furthermore, unlike the Catholic Arne, Boyce was not prohibited from holding church or court appointments; his career unfolded accordingly.

Although he suffered hearing loss from an early age, Boyce held organist posts in London churches during his professional career, with his tenure at All Hallows-the-Great from 1749 to 1764 being the most prestigious. Sadly, he was forced to give up such activities in 1768 because of his growing infirmity. Boyce received his first royal appointment as a Composer to the Chapel Royal in 1736. In addition to composing anthems and services, he also shared duties as organist. On the death of Maurice Green in 1755, Boyce was awarded the title of Master of the King’s Music. His duties were then to supervise the king’s band, to compose suitable music for funerals, weddings and coronations, and compose odes for royal birthdays and each New Year. These duties were prestigious, although the texts of his forty court odes were often banal. If the odes are largely forgotten, Boyce showed ingenuity when he salvaged many of their overtures and published them in 1760 and 1770. These overtures and symphonies remain popular in the modern era and have been much recorded. Boyce composed much music for the Anglican Church, including Te Deum settings, Services, and many anthems. Some of this music can be heard on YouTube.

A mark of Boyce’s prominence at court is seen in the receipt of a royal licence in 1745 to print and publish his own music. In an era where there were no copyright laws, this licence gave him some protection against unauthorized publications. Boyce was called to compose the music for the various ceremonies attendant to the accession of George III to the throne and the king’s subsequent marriage to Princess Charlotte of Mecklenburgh in1761. Boyce refused to set the traditional text “Zadok the Priest,” however, for the coronation ceremonies, claiming that Handel’s setting was unsurpassable. As a result, Handel’s setting has been used at all subsequent coronation ceremonies.

Compared to Arne, Boyce wrote comparatively little for the stage, although David Garrick asked Boyce for music on several occasions between 1740 and 1759. As Charles Burney remarked, “Mr. Arne and Mr. Boyce were frequently concurrents at the theatres and in each other’s way, particularly at Drury-lane” (A General History of Music, Vol. 4, 1789). One of Boyce’s works, The Chaplet (2 December 1749), proved to be a runaway success at Drury Lane where it enjoyed over one hundred performances in its first eight seasons. In 1750, the rival theatres at Covent Garden and Drury Lane opened new productions of Shakespeare’s Romeo and Juliet on the same evening. Covent Garden was quick to steal a march on the Drury Lane theatre when the former advertised the following in the General Advertiser (27 September 1750):

An Additional Scene will be introduced, representing
The FUNERAL PROCESSION of JULIET
Which will be accompanied with a solemn DIRGE, never performed
before and set to Music by Mr. ARNE.

The added scene was meant to portray Juliet’s supposed dead body being carried across the stage in state. Arne’s music was arresting and caught the attention of London audiences.

David Garrick at Drury Lane was jealous of his rival theatre’s successful innovation and he commissioned Boyce to write a similar dirge for that theatre’s production of the Shakespeare play. By the third performance, the General Advertiser (1 October 1750) was announcing the following:

Fortunately, the two composers never crossed swords in such a public manner in their subsequent careers.

Boyce and Arne might be viewed as the opposing sides of a coin representing the profession of music in eighteenth-century London. The one enjoyed the privileges of royal protection and unfettered entrance into various musical activities, while the other struggled to rise through the ranks and make a name for himself. While Boyce excelled in ceremonial music and that which required grace and elegance, Arne often explored darker emotions, strong musical contrasts and a more varied view of the human experience. Still, Boyce’s music was much appreciated during his day, even if his style was seen as old fashioned by the end of his life. Charles Burney summed up Boyce’s merits with the following:

There is an original and sterling merit in his productions, founded as much on the study of our own old masters, as on the best models of other countries, that gives to all his works a peculiar stamp and character of his own, for strength, clearness, and facility, without any mixture of styles, or extraneous and heterogeneous ornaments.—A General History of Music, Vol. 3, 1789

Boyce was highly respected by his peers. He was awarded a Doctorate of Music by the University of Cambridge in 1749. Beginning in 1737, he led the Three Choirs Festival for the next twenty years, an organization of longstanding importance in musical Britain. His interest in earlier music is seen in his editions of music by Orlando Gibbons, William Byrd and Henry Purcell, as well as his completion of a massive three-volume anthology of Cathedral Music (1760–73), left incomplete by Maurice Greene. Charles Burney wrote that “there was no professor who I was ever acquainted with that I love, honoured, and respected more” (A General History of Music, Vol. 4, 1789). A measure of this respect can be seen in the burial service organized in his honour at St. Paul’s Cathedral on February 15, 1779. The service, attended by a large number of London musicians and parishioners, included his anthem If we believe that Jesus died. The funeral was considered to be an event of considerable significance and featured a choir made up of the singers from the choirs of St. Paul’s, Westminster Abbey and the Chapel Royal. Boyce was buried in the crypt of St. Paul’s.