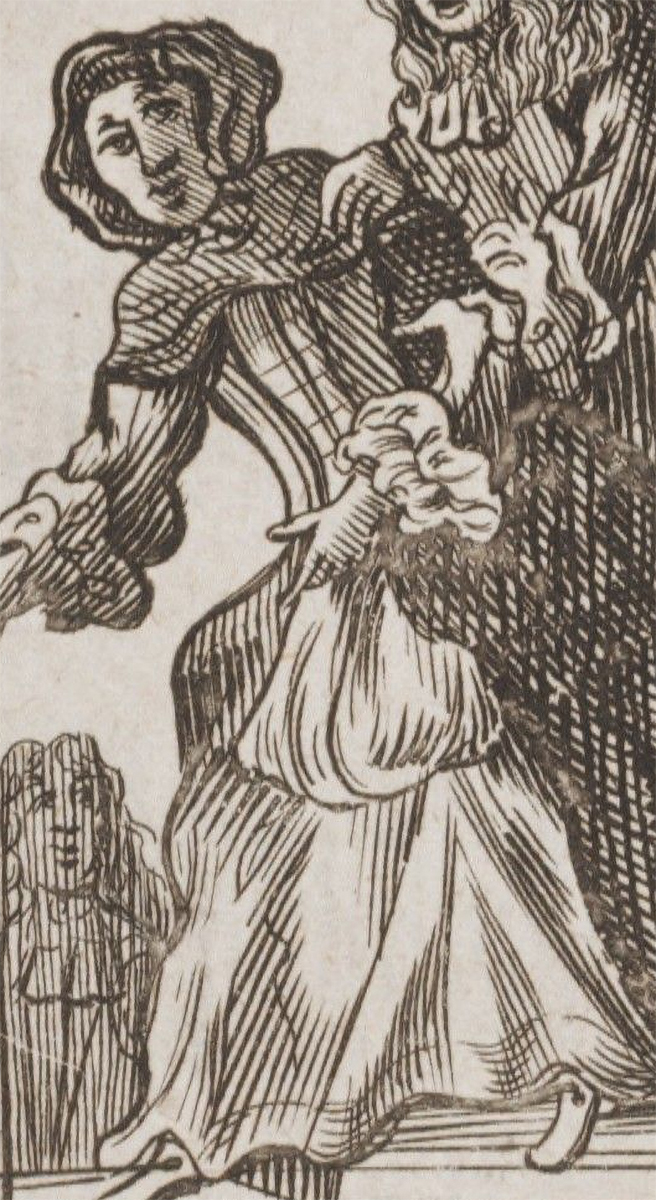 The Popish Damnable Plot Against our Religion and Liberties

The Meal-Tub Plot in which Elizabeth Cellier was implicated. The full broadside (large file) depicts several events of the time as related to the "Popish plot":

I. the Great Fire of London, supposedly contrived by Papists;

II. the murder of Sir Edmund Berry Godfrey (who took Titus Oates's deposition of the Popish plot) by the conspirators at Somerset House;

III. a congregation on one of the "General Days of Humiliation" decreed by royal proclamation (13 November 1678 and 11 April 1679), with a cleric praying for protection of the king and for the defeat of the "Counsels of the Papists";

IV. the execution of several of the Popish plotters;

V. Dangerfield's attempt on the life of the Earl of Shaftesbury;

VI. Elizabeth Cellier ("one of the Pope's Amazons") removed from the presence of Shaftesbury after her own attempt;

VII. magistrate and constables searching Cellier's house and discovering papers in a meal-tub and in the fire;

VIII. Elizabeth Cellier sitting at the pillory near the Maypole in the Strand;

IX. the assault on Justice Arnold by "three notorious Ruffians";

X. the ruffians tearing up their treasonable papers, in fear of being discovered;

XI. their holy fathers receiving letters of the probably success of the plot;

This image is provided courtesy of the Beinecke Rare Book and Manuscript Library, Yale University Library, which permits the use of materials in the public domain. The copyright term for this image is assumed to be expired.